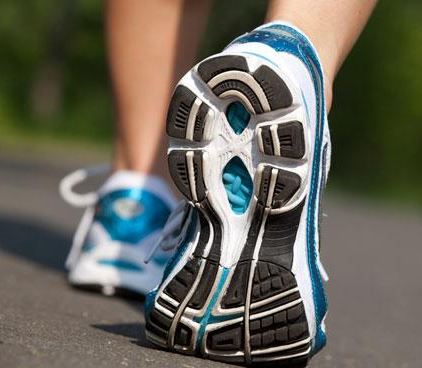 “Take care of your body. It is the only place you have to live”

For my great contributors and supporters: every week a song which gives me energy during walking and running. I hope it gives you as well a good and energetic start to the week ahead! Off we go to the Himalayas…

week 20: Parachute – Something happens
“Take your parachute and jump, you can`t stay here forever”– one of my old time favorites, early nineties – makes me happy, even while running…

week 21: Bruce Springsteen – Live in Rotterdam on the Born in the USA tour
“Bruce Springsteen & the E street band rocks the lowlands” – 12 June 1985, my very first big concert! Last week I had dinner and drinks with my godfather, he was the one who gave me the ticket. 14 years old, together with a friend (and 49,998 strangers), sang and shouted ourselves hoarse, loved it! Not sure if my mom was overly excited about this initiative, but this concert turned out to be the start of a true addiction.

Although only 148 bpm, I couldn’t resist the boss on my  playlist for my run of today. Thanks Lo!

week 23: Sonata b-moll Marche funèbre, Lento, op. 35 – Chopin
Well, for sure this will not be the most logic music selection for some serious running, so why Chopin in this ‘Liszt’? Because it made me run like an idiot through Warsaw Chopin Airport. Actually it wasn’t Chopin who made me run, it was the Polish police and an unofficial taxi driver.

What happened?
After some great and relaxing hours at the Chopin museum (something I can highly recommend) I ordered a taxi to bring me to the airport. I should have done what I normally do, which is using Uber, but since a colleague advised me not to do I asked someone to call me a cab. That cab kept me waiting for a while, 20 minutes before he arrived.. so I was already a bit stressed, as planes are in general not famous for waiting until all passengers have arrived. Anyway, after jumping in the car, 2 police men stopped the car and start checking papers. Weird.. and it took again waaaay too long. Nobody spoke decent English but it ended with me standing again on the pavement as the driver and his license appeared not to be a match. Police promised to call another taxi (they didn’t want to bring me to the airport, yes, I tried..), that taxi brought me to another spot for a change of car as he didn’t had the possibility for payment via credit card. After standing for the 2nd time (!) somewhere without a taxi (“5 minutes and he will be here”.. well.. not true!) I was pretty much fed up (desperate might be a better word to use) and ordered the nearest Uber car.  As you can imagine, by that time the poor guy had a pretty nervous lady as his passenger: “my plane leaves within 30 minutes, how long is it to the airport?” 20 minutes.. But, he did a great job, changed 3 times the route by checking google maps and after 18.7 minutes we were there. Thumbs up  and 5 stars for Arkadiusz.

The queue at security was so kind to let me go first (I’m afraid I didn’t gave them much choice) and although the monitor stated ‘gate closed’ I decided to take my chances. I am sure I broke my personal record between security and gate 30! The people at the gate looked a bit weird at me but while I was gasping for oxygen they checked with the staff on board. And here comes the frequent flyer status in handy (I suppose?) as they decided to let me go through  (4 minutes before off
icial departure time ), dropped me at row 2, business class with a nice salmon salad for diner.

So.. what else can I suggest than Chopin  for this week? Also because today I did my running , walking  and staircase exercise without any music (“enjoy the silence” – depeche mode). Have a great week!

week 24: All about that bass – Meghan Trainor
Searching the web for some music inspiration (read: dawdle…  postponement to actually start running..) I found the most popular ‘running song’ worldwide: Run the world – Beyoncé. Well.. I tried, didn’t work for me, not my cup of tea. So after the first flights of stairs I switched to the nr 2 on the list, all about that bass. Better.

week 29: Sing for the moment – Eminem
Something went wrong with the week numbers, or with my training schedule? Might be the training… Although I should have used the opportunity last weekend in Luxembourg, more than enough height to train. This weekend I tried to play catch up, so lots of songs to choose from. EMINƎM was in the list twice. Not my first choice in general, but this one is nice to slow down a bit.

Talking about slowing down, I also booked a yoga retreat for the days after (the trekking), somewhere in a monastery  near Kathmandu. Let’s hope they have massage treatments as well… Might be nice after ‘the challenge’. Can’t believe it’s still so far away, I’m ready!

week 30: hobo humpin slobo babe – whale
’90.. And if I remember well, my brother likes the song as well. It’s one of those songs I can’t really imagine to add to another selection than my music running list. But.. it pushes me forward and that’s what it’s all about, isn’t it?

week 33: HandClap – Fitz and the Tantrums
Released this summer and with 140 bpm perfect for some exercise.
If you like it, you also might like songs as the Walker, Out of my league or Empire of the Sun, all three from their album More than just a dream. HandClap is a bit more pop heavy  and less indie pop than these ones, but as said, perfect for running. Even if the running is not going perfect… Actually, far from perfect. Having a cold doesn’t help I guess ;-(

week 34 – Jump around – House of Pain
Perfect weather, so nice to be outside! Come out and play..
Jump around! Jump up, jump up and get down!

week 35 – This girl – Kungs & Cookin’on 3 burners
My personal summer hit, with thanks to Michel (although I am pretty sure he hasn’t used it (yet?) for some running. To be honest, me neither this weekend, but… had it on endless repeat when driving to Schoorl for some serious 20 km hiking in the beautiful dunes. I could feel the seriousness  during yoga session the next day, muscle pain…
@Michel & Wendy: we should have had it with us during the beach bbq last Friday, much better than the silly radio (although, brought back memories of the big world trip, also nice..)

Coming Sunday I plan to do a walk around the ‘Nieuwkoopse plassen’, 20 or 25 km. No sand dunes but still nice I suppose. 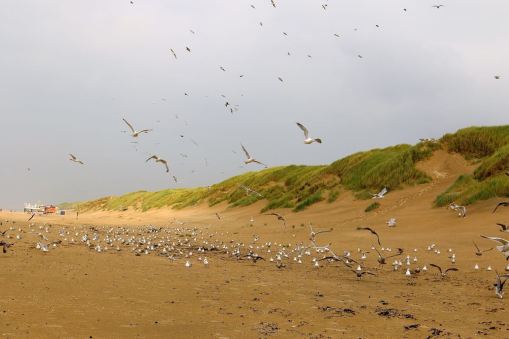 week 36 – don’t stop me now – queen
Indeed, no sanddunes today, lots of water though. It was a bit of a scavenger hunt, we did great till the last bit, 2km less because of cutting the bend.. BUT..  I made up later with a bit of running and some stairs. #likeroundnumbers . Queen always supports for the home stretch! What would I do without music? 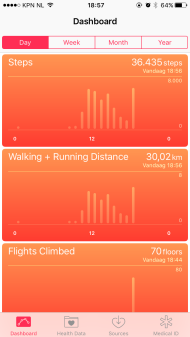 week 37 – Of Monsters And Men – Little Talks
The dessert of the summer, long beach nights, love it!  Unfortunately not so much exercises but what I did felt good..

And.. I had the confirmation that we will organize a Himalaya Vitality Day; Saturday 22 October. We are working on the exact offer we will bring but be prepared for some Yoga, Pilates, vitality coaching, maybe even Tai Chi and /or some massages. Of course a special lunch will be prepared. How cool is that!

While we are working on the itinerary for your body and soul, please save the date in your diary. 22 October – Location: Winterdijk 4a, Gouda

If you want to have a sneak preview of what you may expect, here is the website of the wonderful owner and initiator, Annette – present movement.

week 38 – Jonas Blue – Perfect Strangers ft. JP Cooper
17 September and the weather is still great! No longer the 30+ degrees of last week, which forced me to stay out till late in boiling Paris, but perfect for some activities during the weekend. Short run today and tomorrow hopefully a beautiful hike at the highest point of the ‘Utrechtse Heuvelrug’, 67 m above sea level,… Yes, you’re right, those are the altimeters I’m looking for in preparation of the Annapurna mountain range…  😉 Anyway, will be a nice walk! Today Jonas Blue accompanied me, nice and easy going song. Enjoy your weekend!

Risin’ up, straight to the top
Have the guts, got the glory
Went the distance, now I’m not gonna stop

This weekend I did as well a walk of 13-17 km near Den Dolder. Interesting how the Apple health app shows 5x different distances  since we walked all together in a group. I go for the 17 km version…

week 41 – Saturday: Piano music, Sunday:  James Brown – Get up offa that thing
Yesterday Anneke gave me a wonderful massage, so I am in a relaxing mood. Therefore some beautiful piano music which I played during the afternoon (iTunes: Yoga Piano Moods 2 – Yoga & Relaxation Piano Music Soundscapes). Not exactly suitable for running but I guess my brain needed some relaxation.
We also discussed next week’s Himalaya Vitality Day. The Pilates lesson is already fully booked but we have some places left in the early morning of the afternoon Yoga lessons.Will you join?

For today I plan to do some flights and a short run. Short is the good word as my knee is unfortunately pretty bad, so better don’t overstretch as the starting day of the trekking will not be changed because of my knee.. What about some good old James Brown? The sun is shining, perfect weather to test the sponsored WileyX sun glasses. They are super cool. Nepal, here we come..